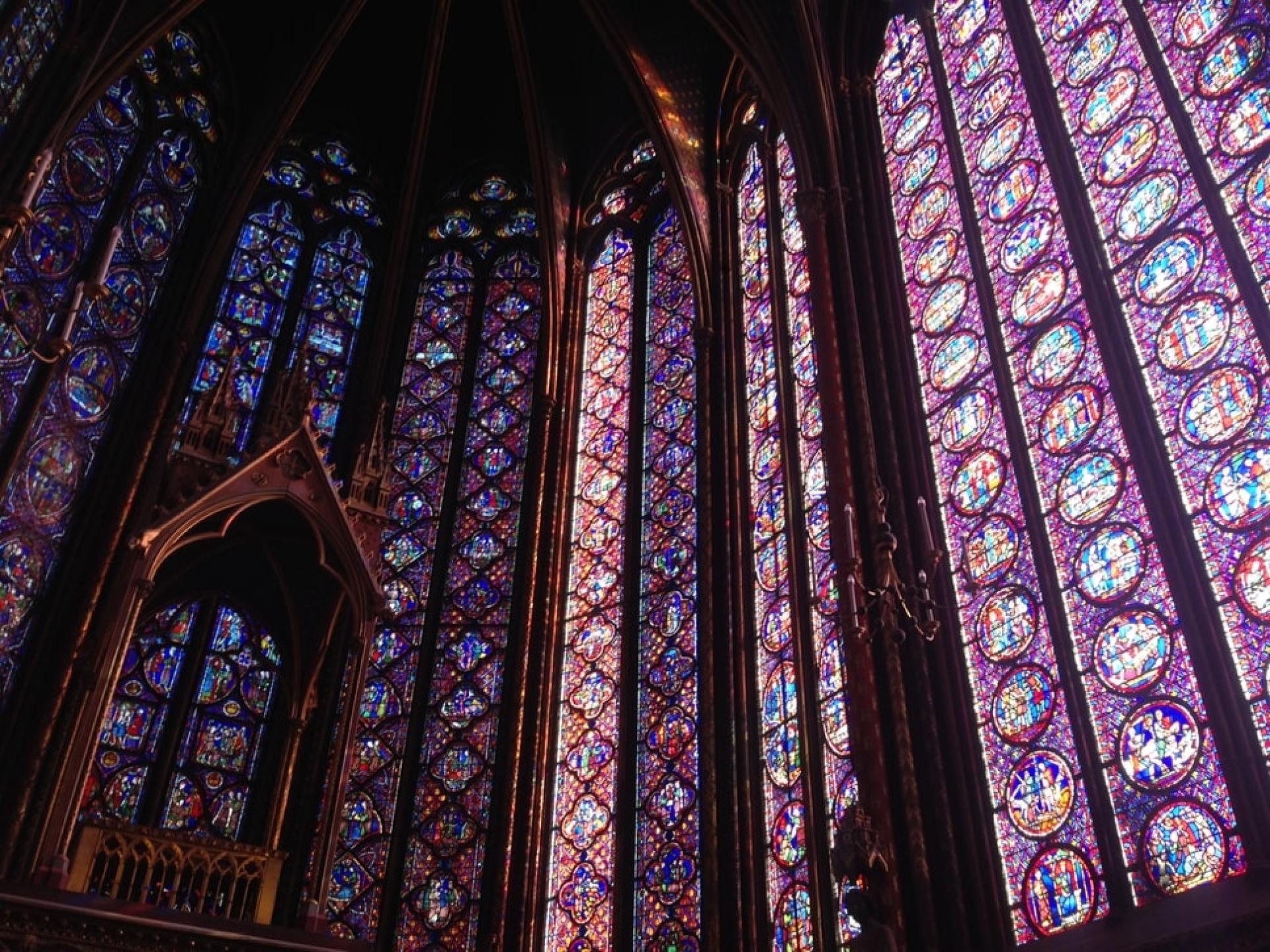 The Sainte Chapelle; a glass cathedral and a masterpiece of Gothic architecture

Published on 4 January 2020 in Visit Paris

A superb example of the Gothic style, the Sainte-Chapelle rises in the heart of the Palais de la Cité, a residence of the kings of France for four centuries. This royal chapel was built between 1242 and 1248 by King Louis IX, commonly known as Saint-Louis, to house the crown of thorns of Christ, a precious relic of Christendom acquired by the monarch. The building’s walls were built to prominently showcase stained glass windows that rank among the finest in the world.

A sanctuary on two levels

The Sainte-Chapelle has two levels. The upper level houses the holy relics. This part was originally reserved for the exclusive use of the king and his family, while the ground level was dedicated to parish services.

The High Chapel, sumptuously decorated with sculptures, is dominated by its tall stained glass windows. There are 15 of these, making a total surface area of some 618 m2 of glass through which light and colour floods the space. These masterpieces depict over 1,000 scenes from the Old and New Testaments, as well as the rediscovery of the Christ relics and their relocation to Paris.

Much more modest, more discreet and less luminous than the High Chapel, the Lower Chapel serves as a setting for the statue of the Virgin, the patron saint of this holy place. There is also a 13th century fresco of the Annunciation. Perfectly preserved, it is thought to be the oldest mural in Paris.

Saint-Louis acquired Christ’s crown of thorns for 135,000 livres tournois (Tours pounds), a sum equivalent at the time to half the annual income of the royal domain. In comparison, the construction of the Sainte-Chapelle cost 40,000 livres tournois, three times less than the sacred relic. Each year on Good Friday, King Saint-Louis would show Christ’s crown of thorns to the people of Paris.