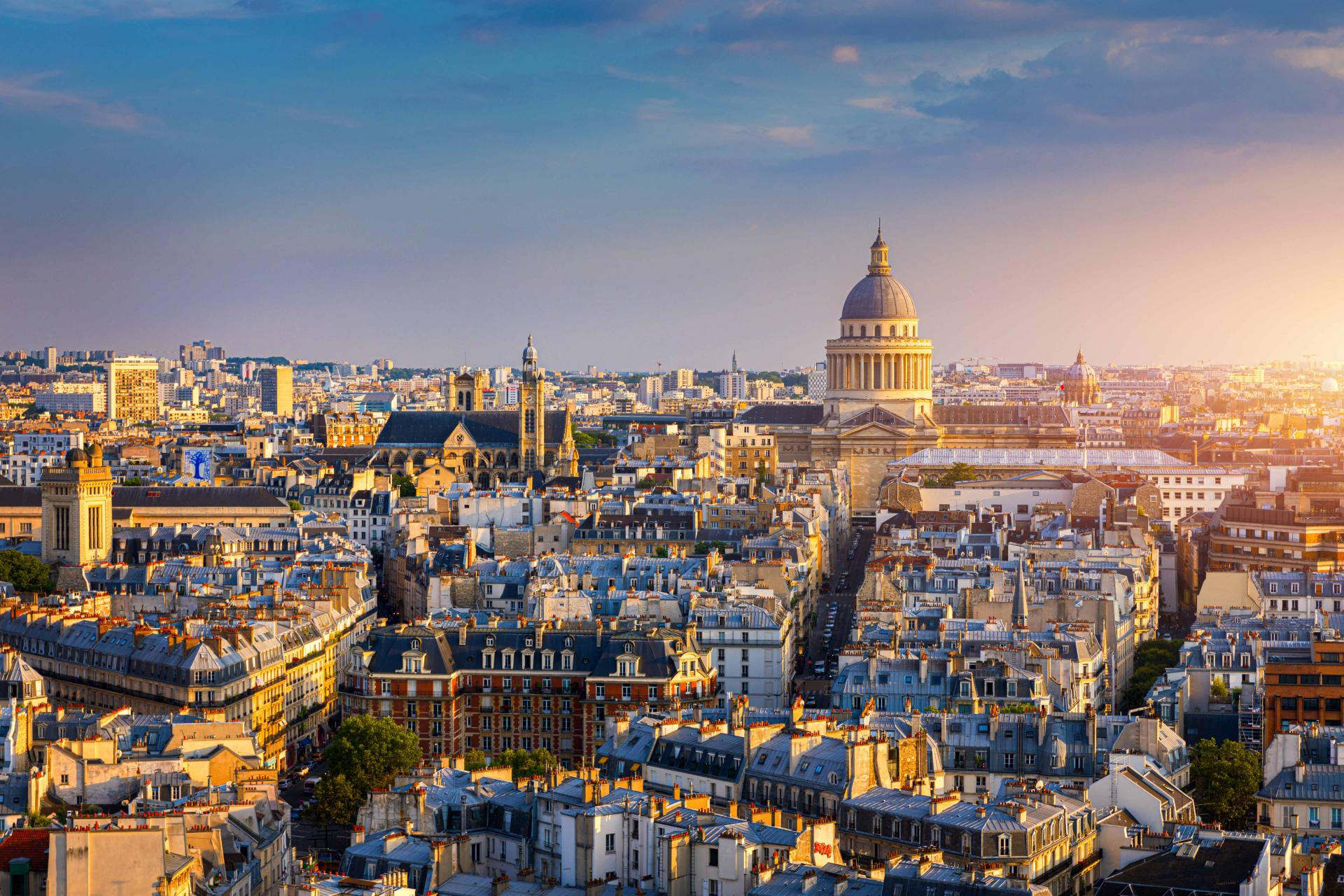 The Pantheon: magnificent and steeped in history

Published on 30 September 2022 in Visit Paris

Dominating Paris from the vantage point of the Montagne Sainte-Geneviève and instantly recognisable by its magnificent cross-topped dome and imposing colonnade, the Pantheon is an emblematic monument of Paris with a fascinating history. A ten-minute walk from the Hotel Albe Saint-Michel, the Pantheon awaits you!

In thanks to Sainte-Geneviève for his recovery from illness, Louis XV decreed that the church of the patron saint of Paris be replaced with a grander building and laid the first stone in 1764. The architect Jacques-Germain Soufflot was selected to design the new church and, inspired by antiquity and seeking to merge the ‘lightness of Gothic’ with the ‘magnificence of Greek architecture’, he began the project that was to occupy the rest of his life. Before completion, the concept of the Pantheon evolved from church to secular temple dedicated to the heroes of the nation. Among the secrets of its architecture, the most impressive is undoubtedly its triple dome. One is visible outside, one inside, and another is an intermediary which has a technical purpose but offers via the oculus an overview of the superb decor of Antoine Gros dedicated to Sainte-Geneviève…

A resting place of the great

The Pantheon is the final resting place of many national heroes. The greats of the arts and politics, such as Dumas, Rousseau, Jaurès and Voltaire, were joined by heroes of the Second World War, including Jean Moulin, Germaine Tillon and Joséphine Baker. But the Pantheon is also a place of science, where Pierre and Marie Curie are interred. The building’s exceptional dimensions enabled Foucault to demonstrate the Earth’s rotation by means of his famous pendulum. The Pantheon also served the first TSF and as a fundamental point for the New French Triangulation.

The Pantheon has always played a major role in French history and has many fascinating tales to tell. Take the time to discover them during your stay at the Hotel Albe Saint-Michel.