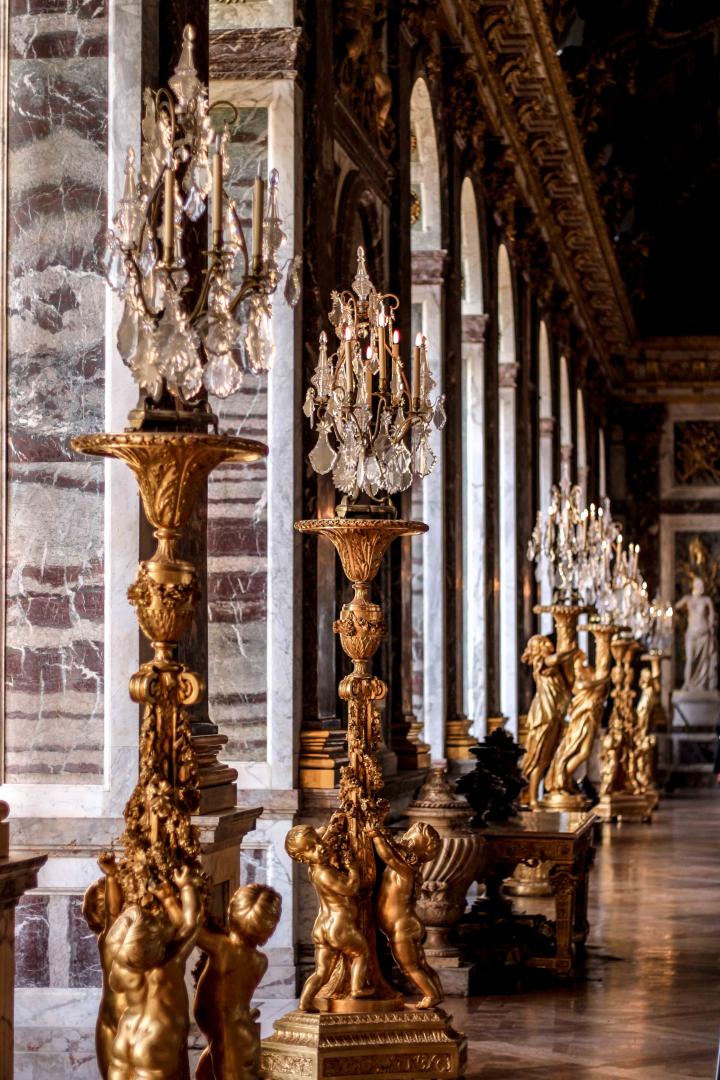 The Palace of Versailles; in the footsteps of the Sun King

Published on 4 March 2020 in Visit Paris

The Palace of Versailles was a hunting lodge, a royal residence and the seat of absolute power before becoming a historical monument and museum in the 19th century. Set aside a whole day to explore this UNESCO World Heritage Site, the retreats situated in its grounds and its vast and splendid gardens spread over 800 hectares.

Versailles; the palace itself

It’s advisable to arrive at the Palace of Versailles as soon as it opens in the morning to give yourself plenty of time to discover its many treasures. You can do so at your own pace or as part of a guided tour.

When you arrive on the esplanade, you’ll first be impressed by the majestic golden gate that stands at the entrance. A hundred thousand gold leaves and two years of painstaking labour went into the creation of this masterpiece.

Don’t miss the Royal Courtyard and the Marble Courtyard, the King's Apartment and its stunning salons, the Royal Bedchambers, the Gallery of Battles, the Royal Chapel and, of course, the famous Hall of Mirrors. Before you visit the Grand Apartments, the History Gallery will tell you all about the Palace of Versailles through the centuries.

After exploring the palace, head to the Petit and the Grand Trianons and the Hamlet of Marie-Antoinette. Here, by the Grand Lake, the queen fulfilled her dream of bucolic village life away from the pomp and splendour of the royal court.

End your day with a stroll amidst the gorgeous greenery of the French formal-style gardens designed in the mid-17th century by the landscape architect André Le Nôtre. These once served as the setting for royal festivals. Don’t miss the opportunity to experience their lush majesty during the Musical Fountains Show and the Musical Gardens, accompanied by the sound of baroque music.