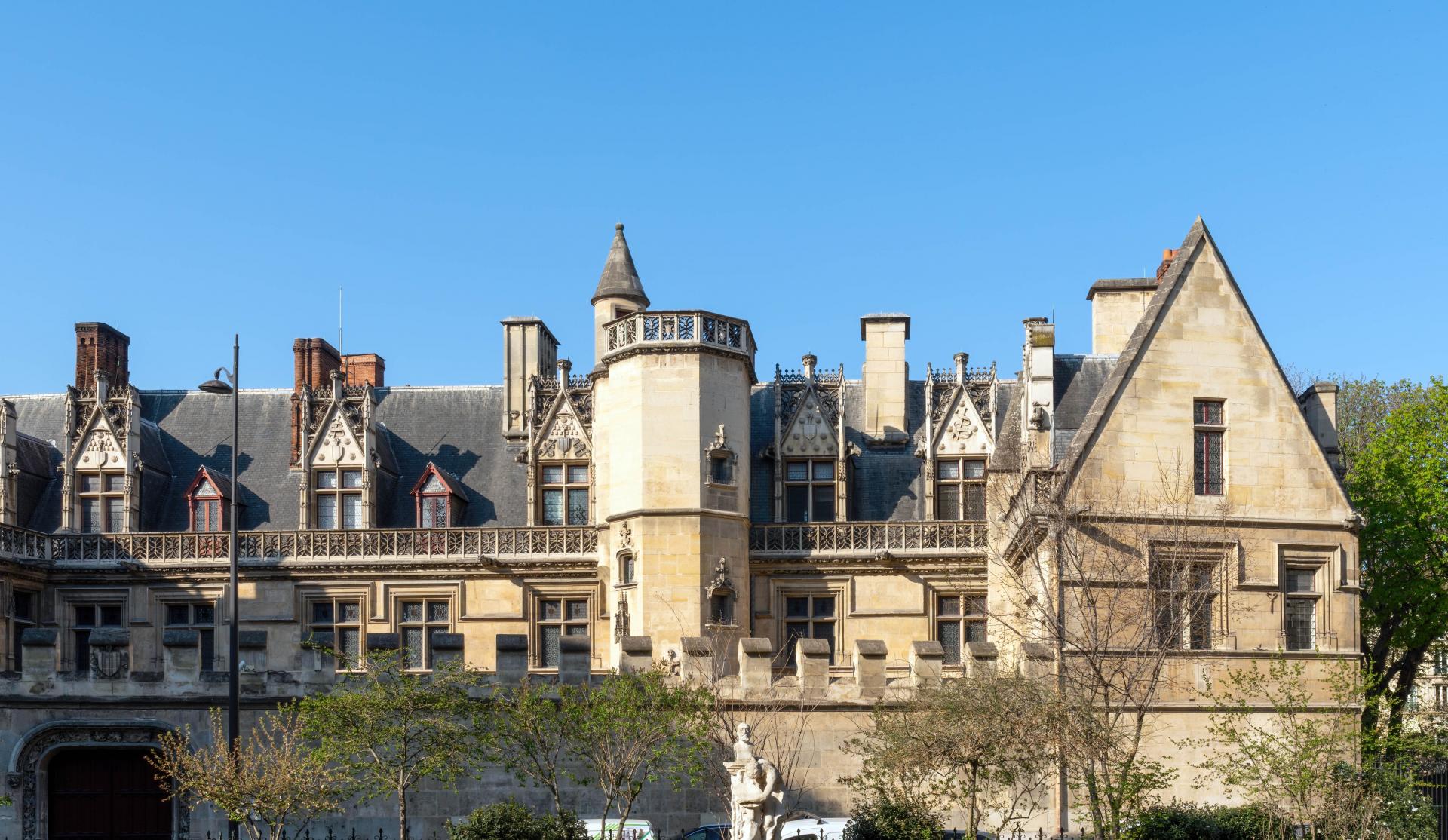 The Middle Ages come to life in Paris

The Musée de Cluny finally reopened its doors to the public on May 12th, following a major restoration and upgrade. During your next stay at the Hotel Albe Saint-Michel, why not take a trip into the past by discovering the treasures of this superb museum of the Middle Ages?

You will certainly want to admire the famous jewel of the Musée de Cluny collections, the series of tapestries known as the Lady and the Unicorn. This set of six millefleur hangings dates from the end of the 15th century and represents the five senses. However, the museum boasts many other treasures, including an impressive handwritten page of the Justinian Codex dating from the late 13th century, a magnificent 14th century crucifix, pilgrimage plaques in lead, and one of the largest collections of stained glass in France. The museum offers an immersion in the artistic, architectural, literary and spiritual world of the medieval period.

The Musée de Cluny has another distinguishing feature. It occupies the former Gallo-Roman baths of Lutèce, some of the most extensive and best-preserved ancient world remains in Europe. You can explore the frigidarium, caldaria and palaestra and discover the impressive hydraulic network that supplied these public baths. The museum’s new and easily accessible reception area has a bold and elegant architecture. Clad in bronze-coloured aluminium panels, it presents a tasteful fusion with the historic buildings of the Hôtel de Cluny. Don't miss the chance to visit the adjoining themed medieval garden.

The closure of the Musée de Cluny for almost six years left a gap in the presentation of the history of Paris and its origins. With a modernised scenography, new architecture and revised visit routes, the Musée de Cluny offers a better than ever glimpse into the Middle Ages… all just a five-minute walk from the Hotel Albe Saint-Michel.